Using NYC data to estimate the lethality of COVID-19

I have seen many reports suggesting that COVID-19 is not a big deal; that the death rate is about 0.1-0.2%, rather than the higher numbers.  I have decided to look at the best documented test case we have:  NYC.  The first question is, how many people really contracted COVID-19.  The good news, is NYC department of health has been aggressive with antibody/serology testing.  At this time, about 1.8 million NYC residents have been tested for COVID antibodies, out of 8.55 million people.

The data can be found at this link:  NYC serology Study, as of Sept 1.
The data show that 26% of NYC residents have antibodies, or 2.23 million people had the disease.  This is significantly higher than the numbers of reported positives, but at the time of the outbreak in NYC, only the sickest were able to get tests.  So, 2.23 million people were infected.

If we use serology as the denominator, the death rate is 1.1%.

In Virginia, the serology data suggests that for every reported case, there is 2.4 unreported case.  (our peak was later when more testing was available).  with that, we have had 128000*2.4 cases, 2686 deaths, and 9932 hospitalizations.

That means Virginia's death rate is about 0.87%, and the hospitalization rate is 3.2%.

This means one of two things: the data are wrong or the people claiming the 0.1 to 0.3% death rate are either cherrypicking the data or fabricating the data.  (I can get a death rate that low if I only look at people under 50). 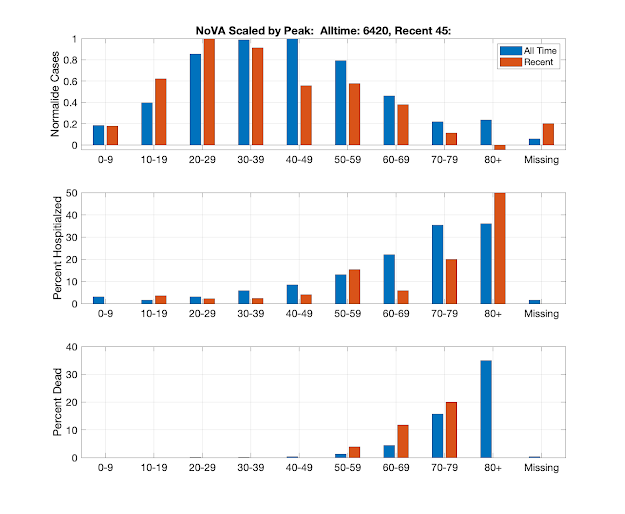